I call this class "Talking Rocks". I had a couple of other ideas planned for class today once we were finished with the rocks, but the girls were so involved we just did the rocks.

The class was completely inspired by this picture I saw on lili scratchy. 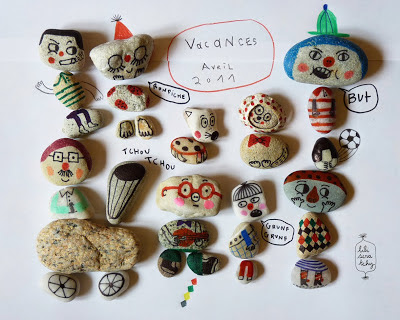 So basically here it is in recipe form

Put them together with very little instruction and then just turn them loose. (We did have a brief discussion about permanent vs. transient art.) 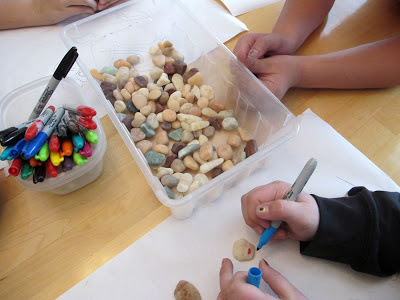 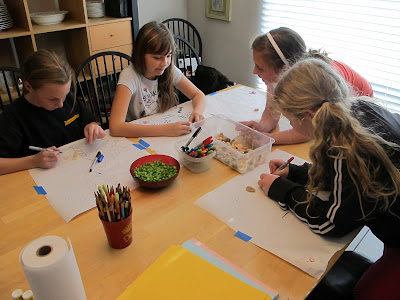 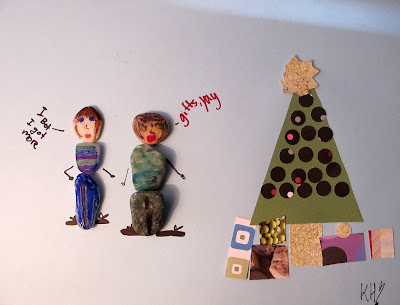 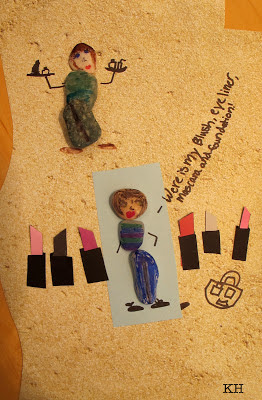 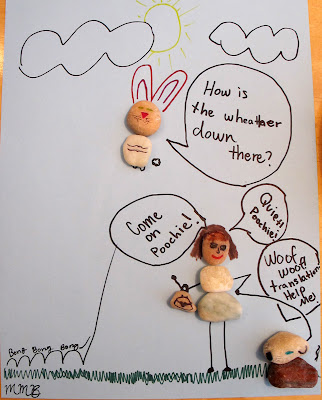 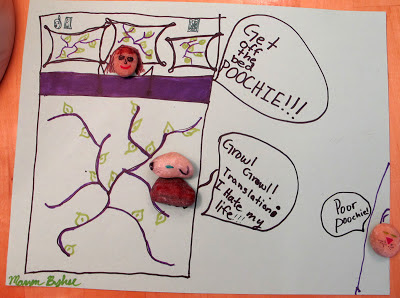 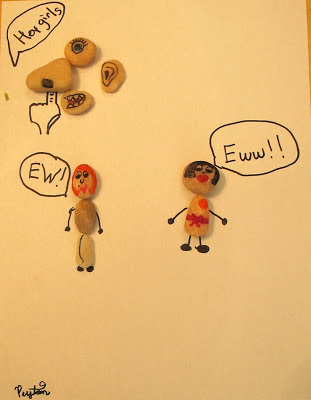 This silly one was done by my daughter. (Not really sure why the obsession with nose picking)  :) 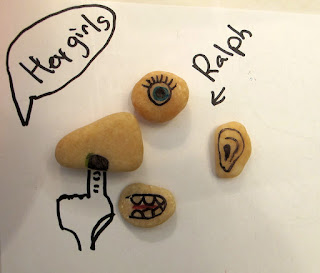 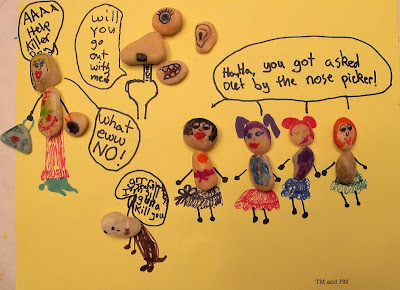 This one was a collaboration between two of the girls 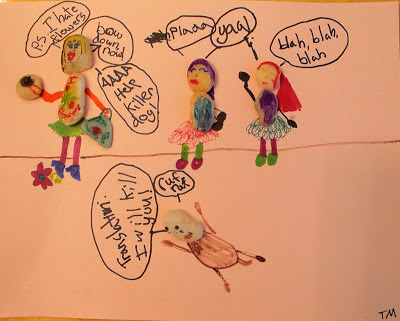 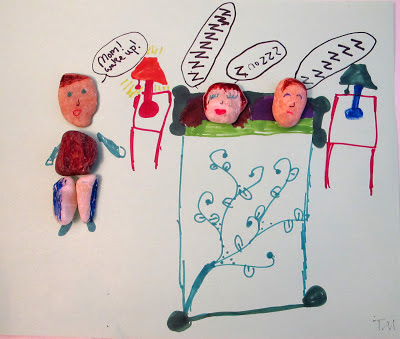 The girls did such a great job with this. They were so creative and coming up with whole personas for their rock people as they were going. It was fun to watch!!

See you in February for some Valentine/Love/Heart related art!!
2 comments: Links to this post

Where To Find Me